This week somebody, very generously, took the time to nominate me for an award with the 2020 National Diversity awards.

I don’t know who they are but, whoever it was, I’m absolutely honoured that they’ve taken their precious time and value the work that I do enough, to have used that time to fill out a nomination form for me.

It’s actually the second (or third… I think) year in a row that I’ve been nominated and in previous years I just let it slide for a number of reasons which I’ll explain below. But this year, people around me (I’m looking at, among others, you: Amy and Harris, you pests!) who care for me and support my work, have been happy that the work has been recognised and been sharing the voting link around.

So… I wanted to nip it in the bud before any more people spend time filling in forms on my behalf.

I am not a believer in awards and honours. I don’t need, want or see the value in being validated and patted on the back like that for anything I do.

It plays into my issues around getting attention – I don’t like it and I never have, it actually makes me really uncomfortable.

Even if i’ve done a talk I can’t wait to escape off the stage quickly enough, because I don’t do it for applause. I do it to get the message across, to educate, to validate others experiences and try and help them feel better about their lives.

When I write an article or blog, it’s not so that people thank me. I prefer the discussion generated about what I write; and the ideas that gives me in turn. But i find reading comments saying ‘thank you’ really confusing and quite awkward. It’s not because I’m ungrateful, but because I don’t need that kind of validation and also never really know what to reply, it makes me physically cringe.

It’s an intangible feeling that i would imagine is partly wrapped up in being Alexithymic and struggling to process emotions; and partly wrapped up in the fact that most Autistic people, myself included, have gone through life avoiding attention for Masking related conscious/subconscious fears of being exposed for being different; and also having gone through much of life, rather than being thanked for things, constantly corrected and told we’re doing things ‘wrong’.

Maybe it just gets to the point where that wrongness and fear of criticism becomes so ingrained, you just can’t shake it off

I’m the same with money.

I gave a lot of years doing as much support as I could for free, but it eventually became unsustainable as it was taking up most of my time. After a lot of soul searching now I don’t have a problem with being paid meaningfully for the Consultancy work, training and Public Speaking I do and make sure I fully charge businesses, services and organisations.

Conversely I never feel comfortable charging Autistic people, parents or Autistic-led charities, so try to discount, supplement with funding, or do for free as much as I can afford to and always will.

I’m not in this for money, it’s useful obviously, as I have three children, a mortgage and this weird desire to eat, but beyond that, material things don’t really mean a huge amount to me (beyond books).

The same is true of thanks – I chose to invest myself into changing the narrative of Autism, I do it because it hurts me that so many people are struggling and that needs to change. I’m fortunate enough that I’m privileged to be in a position where I can make an attempt at doing something about it, or at least contributing to that change.

I guess money is like thanks in a way – it’s a reward for service and I don’t do what I do for reward.

I don’t know why I feel like this, beyond the awkwardness. Awards are common place, you see them everywhere, in every ‘industry’ – actually… maybe that’s what it is…

On the awards themselves… Like most award ceremonies the organisers and the people judging don’t know the nominees, they can only count numbers of votes and the reasons people give – but that can be problematic in itself.

If people only have a ‘perception’ of what that nominated person does and has a weak understanding of the issues that particular ‘field’ faces it can be very easy to think someone is doing something wonderful, when in fact what they are doing may be undermining the overall cause. Which of course doesn’t describe everyone, but it does describe some which, for me, devalues the whole thing beyong my personal issues around them.

As with most awards, previous years (and I assume it’s stil the case this year) have required me to fill in a detailed entry form asking me to justify why I deserve it…

Firstly, hello! Problems around flow states and executive function should probably taken into account in a ‘celebration of diversity’. Filling in forms can be really difficult for me, along with many other Autistic people, at the best of times. So the next step would be engaging someone to support me filling in the form and telling them how wonderful I am… Trust me, I can’t sell myself to myself, let alone anyone else.

Secondly, how can i justify my deservedness of something when I don’t feel like i deserve to be rewarded for doing something I believe everyone with the capacity should be doing anyway…

Also, I rarely even talk publicly about most of the work I do anyway, much of it is behind closed doors and needs to be, mostly because it involves challenging service practice in third sector and public sector organisations that interact with Autistic people in various ways.

Thirdly, in previous years (and I assume it’s still the same), getting votes from people involved the process of asking for them. Effectively begging for them. I have to pimp myself and ask people to pat me on the back and write about how wonderful I am.

Yeah… that’s not happening, attention remember? Not to mention how false and contrived that feels. To me it makes it a popularity contest, which feels really tokenistic and ‘look at me!’, which isn’t what I’m about at all.

I don’t want or need to be popular, anyone who follows my Facebook page for The Autistic Advocate will know that, due to how infrequently I post there. I have lovely people on my page, I just don’t need to be hunting their likes and approval constantly. It’s just not why I do what I do and I hope what public perception there is of me, doesn’t see something different. Self-promotion is not my strong-suit, again, it’s an issue around attention.

Fourth and finally, for those who get through to the awards ceremony, there is a lavish celebration, with celebrities and all sorts of expensive things. So the attendees get charged to be there.

It’s expensive, in 2019 a single ticket for the National Diversity Awards cost around £200, if you wanted to take a friend, or your family, the cheapest table cost £2000. But if you’re invested in winning and being part of this kind of thing, it’s kind of got you over a barrel, i guess. You’d feel a bit foolish winning and not being there.

I can’t afford that, I don’t know many Autistic people who can. The whole thing feels kind of Ableist. I feel like it says:

‘Disabled person! We think you’re amazing, we want to give you an award, but you have to earn it by selling yourself to the most people and we’ll charge you for the privilege…’

That’s genuinely my hang up though.

It’s not unusual for how award ceremonies work, it’s just not for me. I’m not casting aspersions on the National Diversity Awards, I’m sure that what they do is great for the people who need it and publicises some excellent organisations and people.

I hope this all hasn’t come across as big headed, or mean, as I said at the beginning, I’m honoured and highly appreciative, genuinely, that someone has thought of the work I do. I’m humbled.

It’s not some kind of reverse psychology either, with the secret desire that if i tell everybody not to do something, they’ll all rush off and do it.

With great thanks ironically, I don’t need thanks.

My award comes when people are educated in a practical way that meets their needs.

My award comes when people get the support they actually need, not what is forced on them.

My award comes when Autistic people understand themselves and realise how brilliant they are.

Those are the things that make my eyes shine and my heart sing.

To the person that nominated me, that you have seen something i’ve done and it’s made that much of an impression on you, that’s my award. That’s thanks enough for me.

So, whatever you do after reading this:

Don’t vote for me.

Now if you don’t mind I will divert your attention while i run away and crawl under a rock. 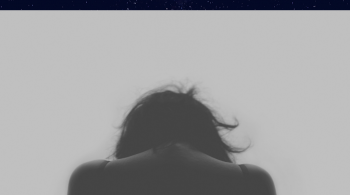 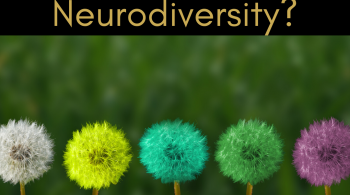